Articles > Bill Cosby: How The Pudding King Was Finally Popped

Bill Cosby: How The Pudding King Was Finally Popped 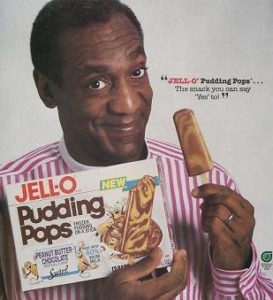 On April 25, 2018, a jury in Pennsylvania found Bill Cosby guilty on three (3) counts of aggravated indecent assault for drugging and sexually assaulting Andrea Constand back in 2004. Cosby, a comedian who is most famous for his role as “America’s Dad” on the Cosby Show and for appearing on advertisements for “Jell-O” has recently become infamous for sexual assaults committed by him against more than 60 women stemming from as far back as the 1960’s.

Although dozens upon dozens of women have come forward against him, Cosby only faced trial and criminal charges for his actions against one woman, Andrea Constand. The reason all but one case was brought against him is simple: Statute of Limitations.

Often times, criminal defense attorneys routinely get asked “what are Statutes of Limitations and how can it effect a case?”

A “Statute of Limitation” is simply a statute that assigns a certain time after which rights cannot be enforced by legal action or offenses cannot be punished. Therefore, if a crime is committed, and a certain amount of time has passed, one may be able to avoid prosecution. Not all Statute of Limitations are the same. They vary depending on the crime as well as the state where the crime was committed.

In Pennsylvania, the Statute of Limitations for sexual assault is 12 years. This time frame is what allowed the government to bring charges against Cosby for his actions stemming from the 2004 altercation with Constand. 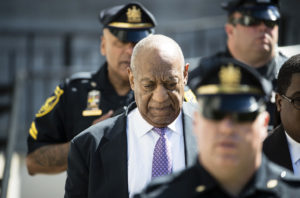 The Case Against Cosby

Sometime during 2004, Andrea Constand, then an employee with the Temple University, sought career advice from one of her mentors, Bill Cosby. Constand worked with the university’s women’ basketball team and Cosby, at the time, was the school’s most famous athletic donor as well as a university trustee. Throughout the years it wasn’t uncommon to see Cosby courtside at Temple basketball games during the time when John Chaney coached the men’s team and arguably the school’s most successful basketball era. When Constand approached Cosby, Cosby invited her over to his house to discuss her future.

Once Constand was at Cosby’s home, she stated she was stressed. At this time, Cosby handed her three (3) blue pills and told her they were herbal remedies and that they would help with the stress. He also gave her a glass of wine to wash the pills down. Once Constand took the pills she became “dizzy and nauseated.” She stated that her “legs felt like jelly” and then her memory became fuzzy. When she came to, Constand realized her bra was tampered with and she had been digitally penetrated against her will.

Constand did not report the incident immediately to authorities. In 2005, once she was finally able to speak about the event, she reported it to authorities. At that time, the State Attorney handling the matter declined to press charges because he believed there wasn’t enough evidence to prosecute. However, that was about to change.

Constand, after realizing the criminal justice system was not going to prosecute, brought a civil suit against Cosby. Cosby settled the matter for 3.8 million dollars and in the process, he was subjected to a civil deposition. 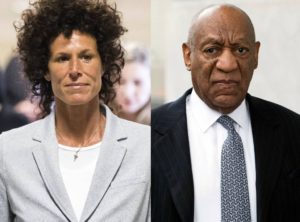 In 2015, numerous women began speaking out publicly against Cosby. There was also a new government lawyer, Kevin Steele. Steele reviewed the case in light of the new allegations made against Cosby. He was able to obtain the civil deposition and based on Cosby’s admissions or near admissions, he decided to move forward with criminal charges. The only issue was whether he could in fact do so under the state’s statute of limitations. After sifting through the numerous allegations, he realized that there was one case that was not barred by the 12-year Statute of Limitation; the case involving Andrea Constand.

In 2017, Cosby was tried for aggravated indecent assault against Constand. After a long trial, the jury was unable to reach a verdict and the Judge declared it a mistrial. A mistrial basically means that there would be a new trial if the government still wished to go forward with the charges in front of new jurors. The State of Pennsylvania decided to move forward with the charges and try Cosby again. However, this time the case would be different.

In 2018, Cosby stood trial for a second time for the three (3) counts of aggravated indecent assault. However, this time, five (5) other women who accused Cosby of assaulting them in a similar manner were allowed to testify in order to show a pattern of bad acts. In criminal trials, you only stand trial for the crimes for which you are charged. However, other evidence may be allowed to establish a pattern of similar bad behavior to show the jury a lack of mistake, intent, motive, etc. (Under Florida Law, we call this The William’s Rule). In his previous mistrial, only one (1) accuser other than Constand was allowed to testify. This time, five (5) women took the stand. Based on the new testimony, as well as the presentation of evidence, the jury found Cosby guilty on all counts.

Bill Cosby was found guilty on three (3) counts of aggravated indecent assault. Under Pennsylvania law, aggravated indecent assault is a second-degree felony which carries a maximum penalty of 10 years in prison for each count. A judge could have the terms run concurrently which means all three sentences would run together and therefore he would serve 10 years total. The judge could also have them run consecutively. When a sentence runs consecutively, each sentence is served individually. That means if he is sentenced to the max which is 10 years for 3 counts, Cosby could serve up to 30 years in jail.

When convicted of a sexual battery in Florida, one is also designated a sexual offender or sexual predator which will follow them and carry restrictions such as where one can live for the rest of their lives.

Statute of Limitations in Florida

Not all States allow as much time to prosecute sex crimes as Pennsylvania. In Florida, the Statute of Limitations for sexual assault was just four (4) years up until 2015. In 2015, the legislature doubled that time to eight (8) years. Under this law, Bill Cosby would not have been prosecuted for any of the accusations against him. It must be noted that in Florida, there is not a limitation for allegations of sexual assault against minors. Those crimes can be prosecuted at any time.